Here are the cheapest airfare deals to London. View Flights to United Kingdom

When overseas nationals think of England, their invariably imagine London, such is the supremacy of this immersive and addictive city that rates alongside any other on the world stage. Steeped in historical and cultural icons that are instantly recognisable the world over, London is a truly multicultural city where in excess of one hundred different languages are spoken; a walk along Oxford Street, England’s premier shopping district, is like taking a whirlwind tour of the globe.

Yet London is distinctively British, from the red-coated Queen’s Guards who stand unflinchingly outside Buckingham Palace to the cheerful, flamboyant Beefeaters who cheerfully welcome visitors through the gates of the Tower of London – the infamous scene of early morning beheadings and unsolved child murders. It’s impossible, in fact, to visit London and to overlook the city’s long history that spans two thousand years since the Romans established the tiny fort of Londinium, or to ignore the city’s inescapable connection with royalty. In fact, to many, London is about the British monarchy, personified through the royal palaces and parks that dominate the modern, urban landscape and, reputedly, even the swans on the River Thames which winds its way from West to East.

What surprises many visitors is London’s sheer size, although a large number of the city’s most famous attractions are packed into its core and venturing into the suburbs simply isn’t necessary. In fact, even enjoying an extended stay in the city will only scratch its surface, so a visit may become a tick box exercise in tourism: a visit to a national museum, an evening at a West End show, a leisurely day perusing the rails of the high class boutiques… There is literally so much to do that planning a travel itinerary is a delightful challenge!

London is a destination for all seasons with a comprehensive transport network that means you can avoid prolonged spells in the most inclement of weather. But whether you’re soaking up the sun enjoying a picnic in Trafalgar Square or kicking the golden autumn leaves that carpet the footpaths of Green Park, visiting this magnificent city at any time of year is a delightful experience that will not only live long in the memory but have you craving a return visit. 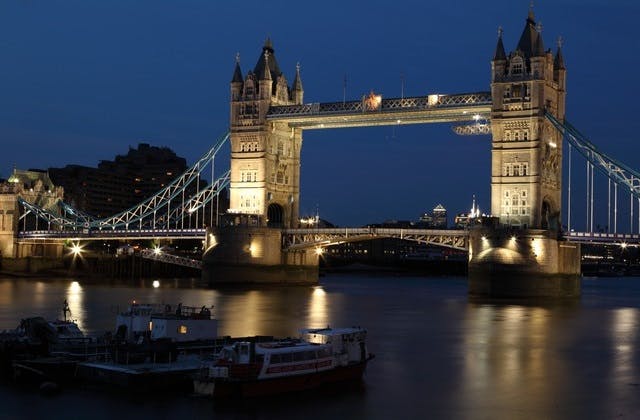 What airlines fly direct to London from Fukushima?

No airlines have direct flights to London from Fukushima.

What is the best airline to fly to London from Geneva?

SWISS is the best airline to fly between Geneva and London and it flies direct. The best budget airline is easyJet.

What people are saying about London right now:

Airlines that fly to London :