Here are the cheapest airfare deals to Melbourne (Tullamarine). View Flights to Australia

Recently voted the world's favourite city to live in, Melbourne is a thriving, beautiful metropolis which blends a fabulous nightlife with world class shopping and a cosmopolitan air. It is arguably the world capital of sport, and features hundreds of great places to dine and enjoy a night out.

Culture vultures should seek out the beautiful Royal Botanical Gardens, a free attraction showcasing flora from around the world, and with regular special attractions to tempt any visitor. Combine this with a short hop to the Werribee Zoo, an open space of some 225 hectares featuring a safari tour. Head to Federation Square with its many cultural attractions, including public art displays, Aboriginal galleries and big screen open air movies.

If shopping is your thing, then Melbourne has it all. From the vast spaces of Melbourne Central, which boasts some 300 stores and one of the world's largest glass domes, to the many boutiques and funky bookshops which dot the city, there's something for everyone here. Chapel Street with its myriad of high-end stores nestled alongside second hand shops, is worth a day in itself, with almost 900 shops to peruse.

Melbourne's excellent tram, rail and bus networks make it easy to get around; hop on a tram and head for St Kilda beach, whether to soak up the summer rays or enjoy the abundance of watersports on display. The Australian lifestyle is built around the outdoors, and with cycle trails, running paths, watersports and much more at St Kilda, the fitness enthusiast can pass time as easily as those seeking a relaxing stroll. If you've brought the kids, head for the world famous Luna Park amusement complex.

The city's sporting centre is also home to the world's largest cricket ground, the MCG, and the surrounding area features world class tennis, golf and cycling facilities. Melbourne's climate can vary so we'd advise you to carry suncream and a brolly at all times! There's no best time to visit Australia's most cosmopolitan city, it is a true jewel all year round. 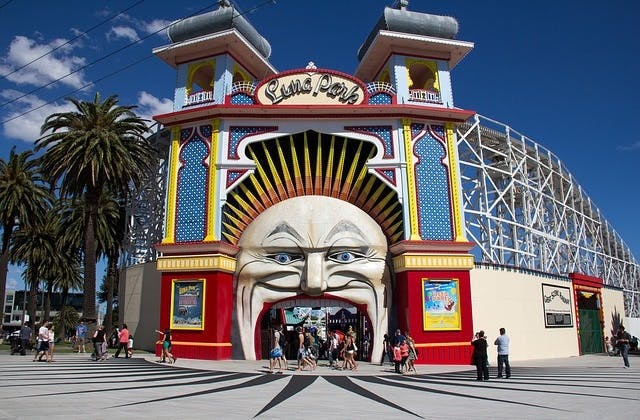 What airlines fly direct to Melbourne from Messina?

No airlines fly direct between Messina and Melbourne.

What people are saying about Melbourne (Tullamarine) right now:

Airlines that fly to Melbourne (Tullamarine) :

Melbourne (Tullamarine) (MEL) is serviced by:

Hire a car from the Airport